What is the digestive tract?

What an awesome machine!

The digestive system as a food processor
The digestive system is a food processor. Its job is to receive food and break it down into essential elements, making them available to the body so that it can exist and develop. There’s an entrance called the “mouth” and an exit called the “anus”. Stretching between the two is a long, winding, hollow tube, made up of the esophagus, the stomach, the small intestine, and the large intestine. Like a flowing stream, there are relatively narrow stretches (the esophagus and the small intestine) and wider areas (the stomach, the large intestine, and the rectum). Food can enter the mouth and exit through the anus. Unless it is broken down and absorbed through lining of the digestive tract it actually never enters the body, in a formal medical sense!

Absorption
Food reaches the body’s tissues and cells by means of a process called absorption, after it has gone through many preparatory stages. In effect, food traverses the digestive tract on a long journey that lasts for up to as much as 3 days. Over the course of this time, the food is broken into smaller particles by a mechanical process (chewing, for example), a chemical process (breakdown by enzymes and other chemicals secreted by the stomach and the glandular organs that are connected to the digestive tract, such as the pancreas, gallbladder and liver), mixing (churning, similar to the motion of a concrete mixer, in the stomach and the small intestine), absorption (of “desirable” digestive products) and excretion (of “undesirable” waste products).

While it is busy doing all of this, the digestive tract also manages to identify, through its native immune system, any content that represents a threat to the body, and defends itself against it by means of stomach acid and locally manufactured antibodies.

When you think about the myriad functions of the digestive system, about its complex structure and about the superb timing required so that each and every component can perform its part at precisely the right time and way, it is not surprising that there are some mishaps along the way. In truth, it’s amazing how little goes wrong and how people continue to function and develop as well as they do.

What are the stages and stations of the digestion process?

The stations along the way

1) The brain
The process of digestion begins before food even enters the mouth. The first stage of digestion is initiated by thinking about food, seeing it, or smelling it. It’s enough to think about a delicious meal that you’re about to eat, to see a dish being prepared, or to smell it, for the digestive system to begin to secrete digestive juices in anticipation of the food that is on its way.

2) Chewing
As soon as food enters the mouth, the phase of mechanical digestion, that is chewing, begins. Chewing has several objectives, among them breaking the food down into smaller pieces that can be swallowed without obstructing the passage or causing you to choke, increasing the surface area of the food that comes into contact with digestive juices and mixing the food with enzymes and saliva that were already secreted in the initial “cerebral” stage of digestion.

The chewing stage can be problematic, if it is not carried out properly. There are two major obstacles to proper chewing: bad teeth (or poorly fitted dentures), and eating too quickly.

3) Swallowing
Swallowing is a very complex activity that takes place step-by-step, from the voluntary stage in the throat that each of us knows well to the point where swallowed food enters the stomach. The complexity of this activity stems from the need to guarantee that the food advances smoothly to the esophagus and stomach and that the airways are closed and protected from the entrance of food that could lead to strangling or pneumonia. In addition, the swallowing mechanism is orchestrated so that the upper sphincter (gateway) between the mouth and the esophagus and the lower sphincter (between the esophagus and the stomach) open and close at exactly the right time to advance food along its way and keep it from refluxing (reversing its flow). Swallowing involves many nerves and muscles. Their coordination is controlled by the central nervous system (CNS), which is a large, complex network of nerves comprised primarily of the spinal column and the brain. The CNS oversees, processes and influences all bodily activity as well as thoughts and emotions. In this very complicated process, only the initial stage of swallowing is voluntary and under conscious control. Once the process begins, it becomes automatic and is coordinated and controlled sub-consciously.

4) The stomach
The stomach functions as a very large capacity food processor that has many jobs to do in the process of digestion. Food that enters the stomach is mixed back and forth as long as it is there. This churning mixes the food with stomach juices, a process that takes place in a very acidic environment. When the process yields very small particles of food the content is transferred in small parcels through the pylorus (the small opening at the end of the stomach) and into the first part of the small intestine, which is known as the duodenum.

5) The duodenum
In the duodenum small particles of food come into contact with secretions from digestive organs connected to the intestines. The pancreas secretes enzymes that break down protein (to amino acids), complex carbohydrates (to simple sugars), fat (to fatty acids), and bicarbonate that neutralizes the acid that arrives from the stomach and keeps it from damaging the intestine. The gallbladder stores and concentrates bile that is synthesized in the liver and secretes it into the duodenum when food reaches it. The bile facilitates the absorption of fats in the water environment that exists in the duodenum.

8) Peristalsis
Transit through the digestive tract requires precise coordination. Movement along the digestive tube is driven by peristalsis, which is the coordinated contraction and relaxation of muscles in the intestinal wall that is controlled by the nervous system of the digestive tract (the enteric nervous system) and the CNS. At times, the movement is to and fro, in order to mix the content and bring it into maximum contact with the digestive juices and the absorptive surface area of the intestines. At times, the movement is forward only, to move the content down the tract. In healthy people the direction and timing of the peristalsis are not incidental, but are directed by a “motility program” that resides in the enteric nervous system and is activated in relation to conditions of eating, fasting, etc.

The digestive tract can be perceived as a large traffic artery in which all types and sizes of vehicles are traveling. Some vehicles are loading produce and transporting it to delivery areas for immediate use or storage. Others are loading waste products and transporting them to disposal areas. At times the traffic flows, but at other times there are disturbances, even traffic jams. 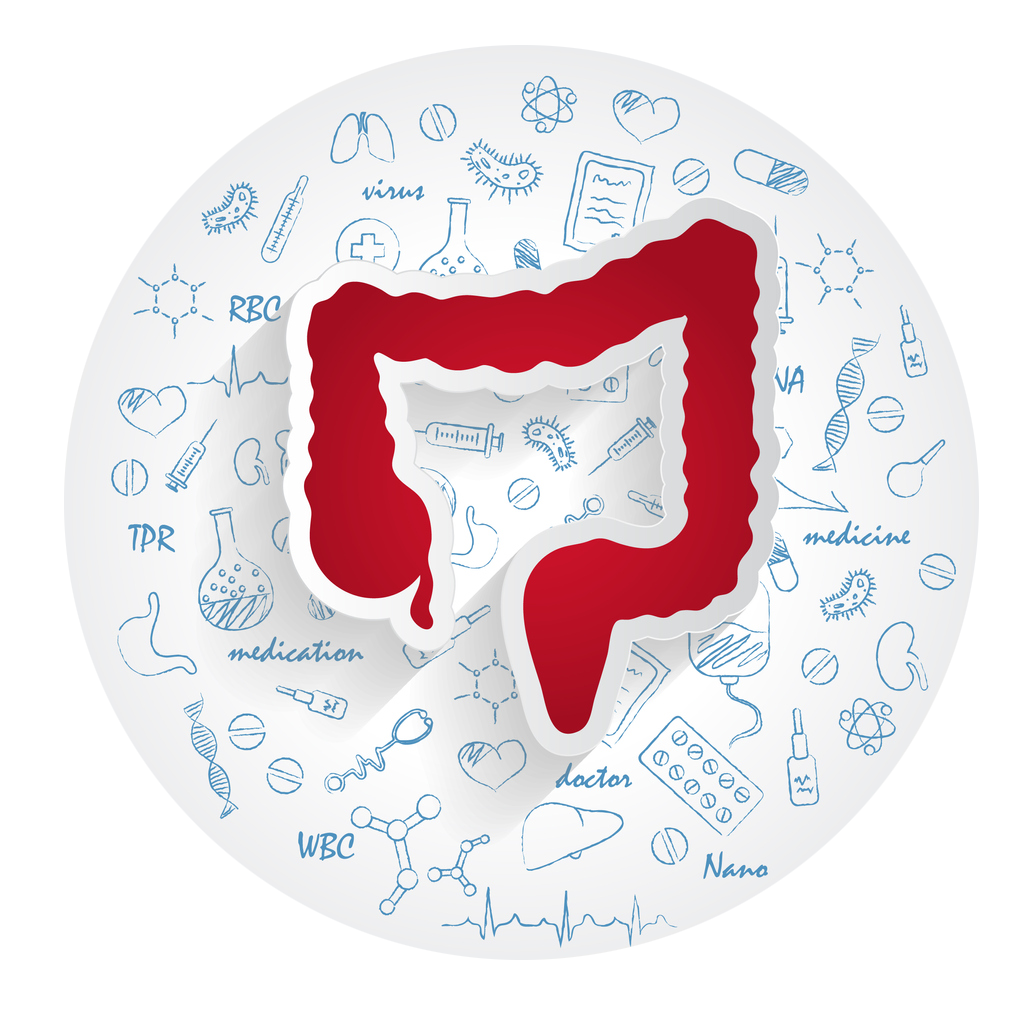